The Insider’s Guide to Google Plus

Does it seem like Google plus is a complete bore? Are you under the impression that no one seems to be using it and it doesn’t have the same kind of traffic that Facebook does?

Well, if that’s the perception then you aren’t wrong, and all the more reason you should get your Google plus account today. The earlier you get involved and start getting the hang of it, the quicker you’ll be at the head of it. It’s something along the lines of ‘’finder’s keeper’’!

Already over 343 million people (in 2014) are a part of this phenomenal web portal. It’s trendy, yet formal. If one becomes an early adopter of it and you engage in it, the more likely it is for you to win HUGE audiences. You’ll be a lead user and a valuable asset of Google plus, getting to test services that others would miss out on!

Google is the new online guru. With Google+ one can simply sync multiple other Google apps, allowing valuable information to be accessible within one portal! How cool is that?! 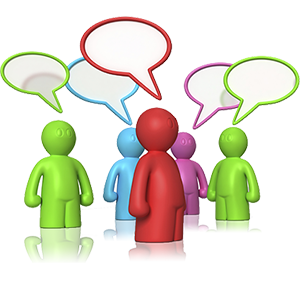 Not to mention, it’s great for opportunity seekers. Google plus is an amazing portal that can help you expand your business and social circle today! Thanks to two awesome applications that are bound to get the crowd. First is the infamous Google Plus ‘communities’ application feature. It allows people to come together, form a group about particular interests. It’s way more interactive yet private than Facebook. Not just that, it’s unique and different because these communities can be the next brand with which you can easily interact with your influencers, demanders, potential customers and people interested in your offering!

Forbes in an interview with Sherman-the CEO of ClubMed- reports that “Google Plus can give you access to influencers who might not notice you elsewhere…There is a nice spirit of camaraderie that people seldom feel with well-established platforms.”

With a number of influencers and people of interest out there, interestingly the site is skewed heavily with men. All the more reason to spend time, build and solidify your brand on Google Plus. It is without a doubt, a valuable platform where you can build strong yet focused conversations, customer relationships and raise B2B connections.

Google ‘Hangouts’ is a distinctive feature that supports group meetings, document sharing, video conferencing, discussions and demonstrations and it’s free of cost! Both Facebook and Twitter are void of that. And not to mention, that hangouts have great quality. It’s almost effortless to use and looks quite professional!

You can simply add or write off people from your circles, say bye to those friend requests, mute your conversations with simple and appealing tabs, cut the clutter of game requests, spam posts and a lot more with Google plus!

Lastly, when everyone is in the rut of getting things done easily, shifting the slant and time to Google plus might take more time than using other social media platforms, Google plus allows you safer, more apparent, multiple privacy settings. So that your data and your life will remain as social or private as you want to be, giving you ‘data liberation’. A friendlier mobile app than others, Google plus is a less bloated platform that’s easy on the nerves and aesthetics.

So the question is, with all these benefits in place and a lot more to explore, are you on Google plus yet? And how are you using it?? 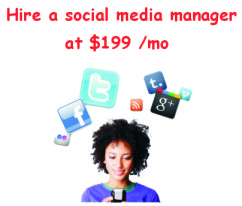